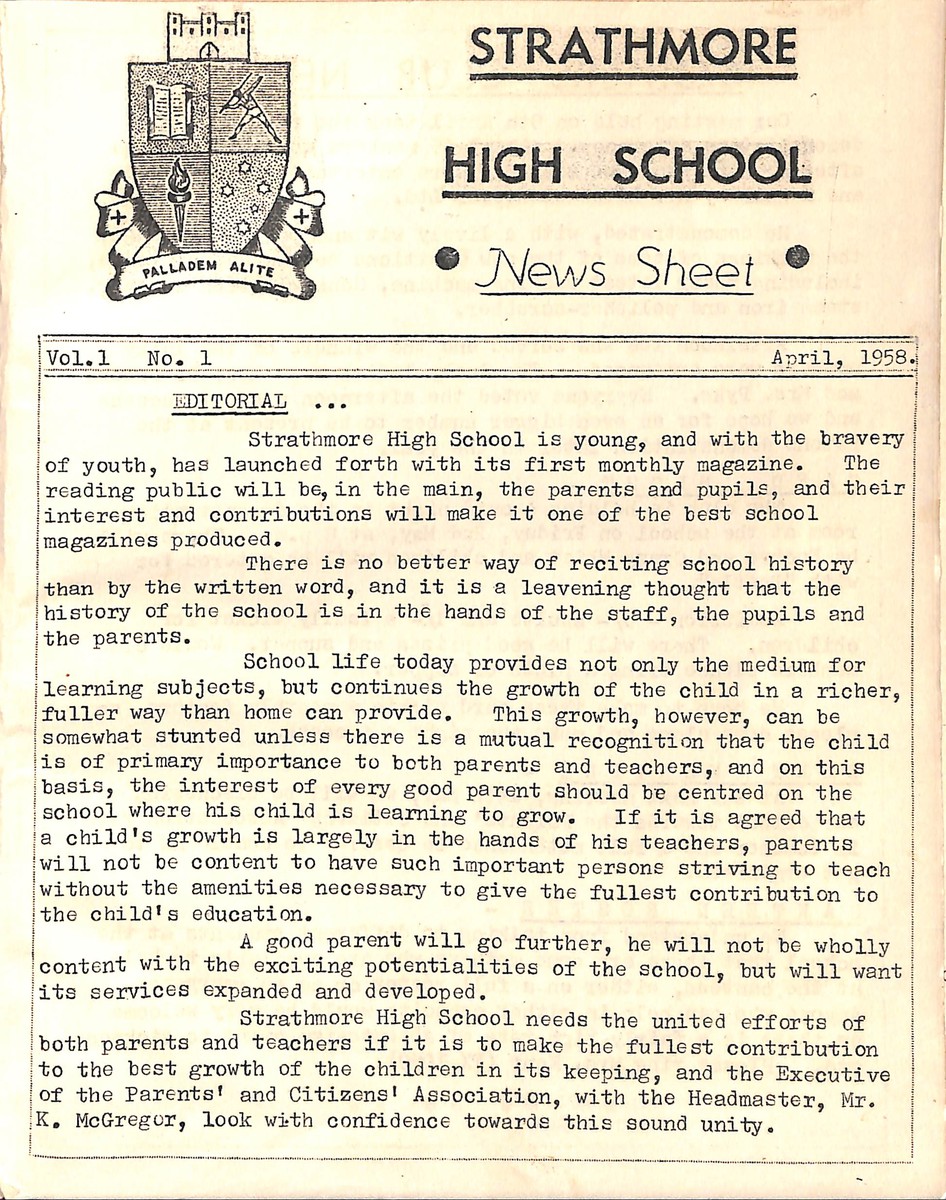 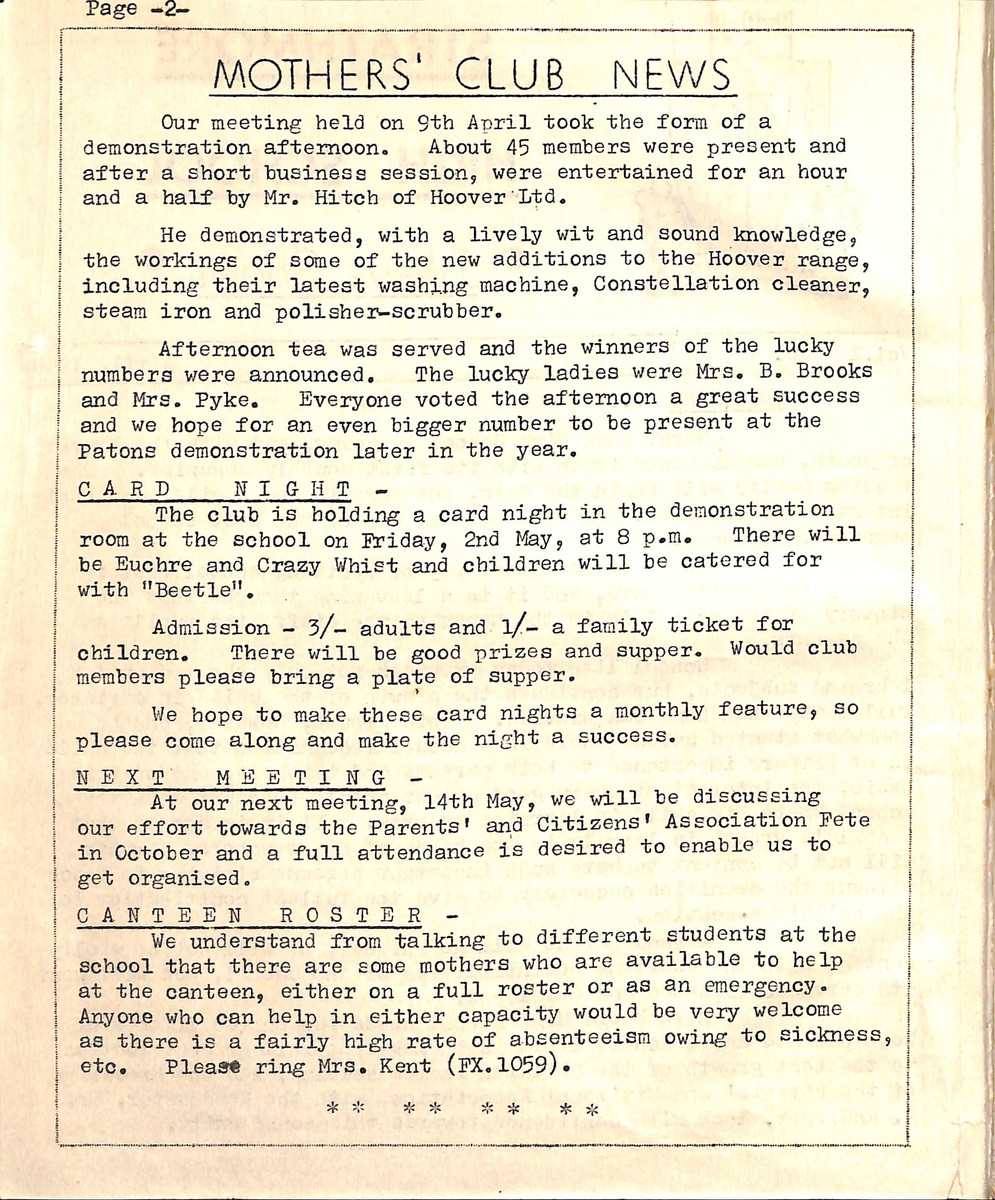 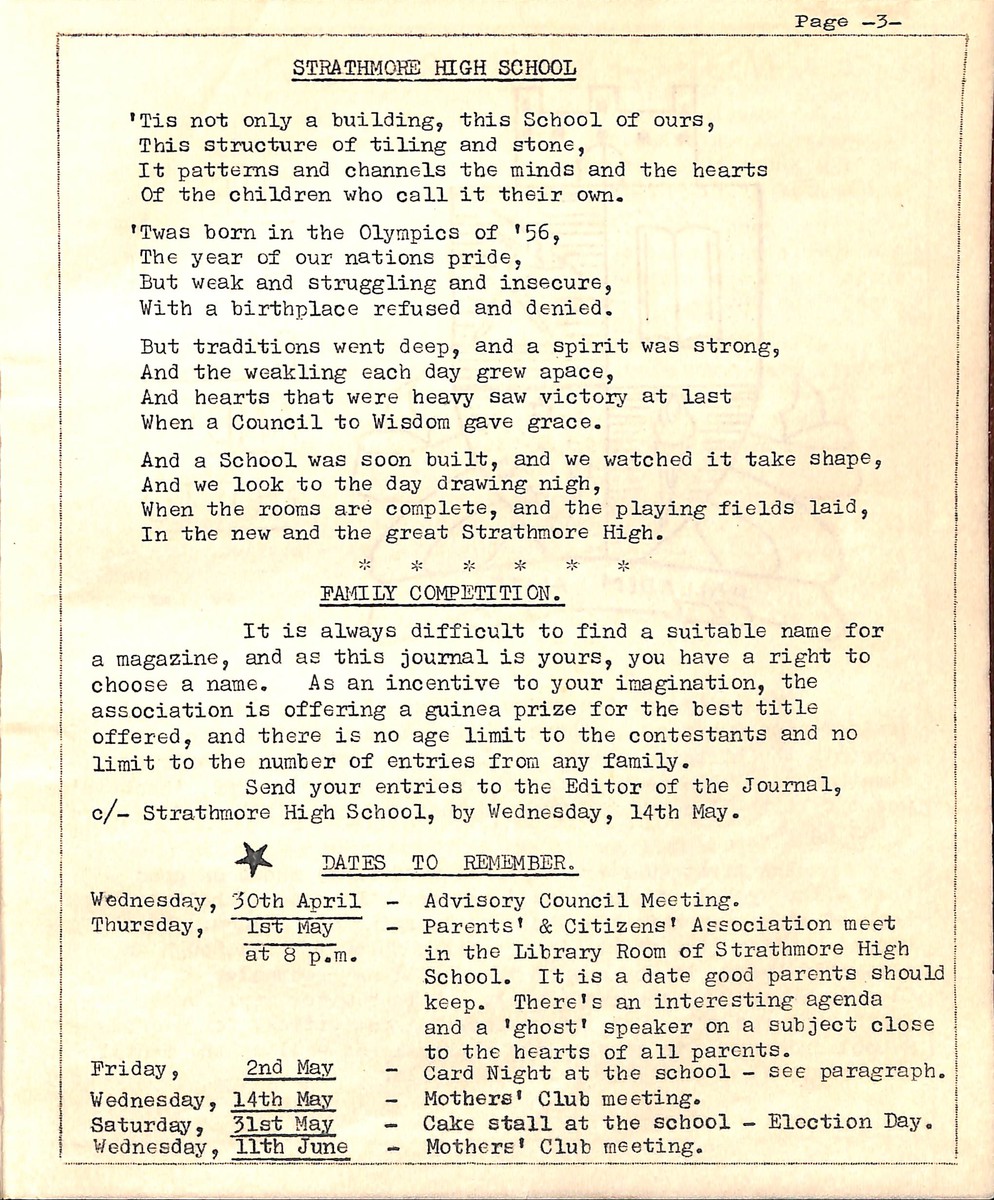 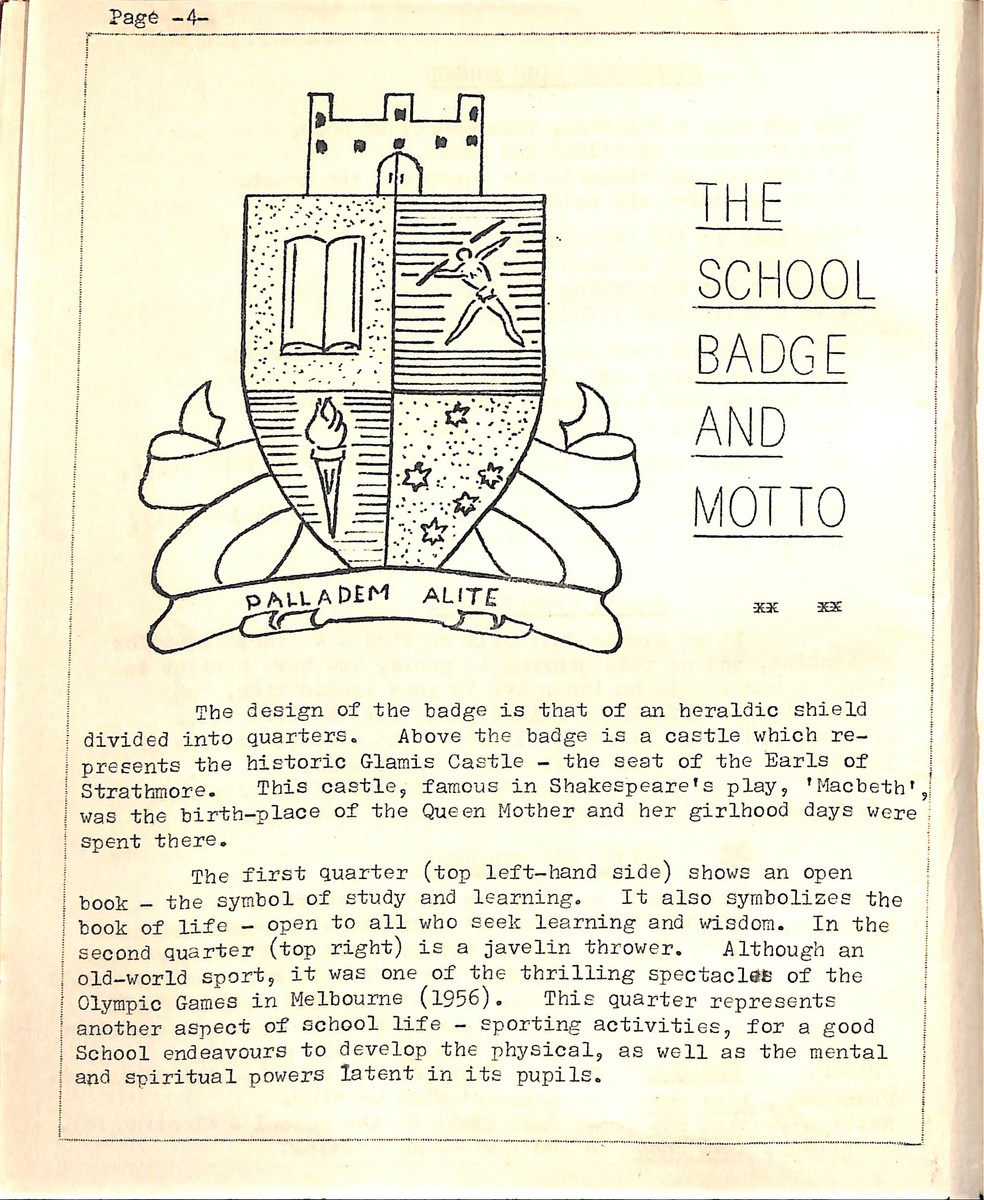 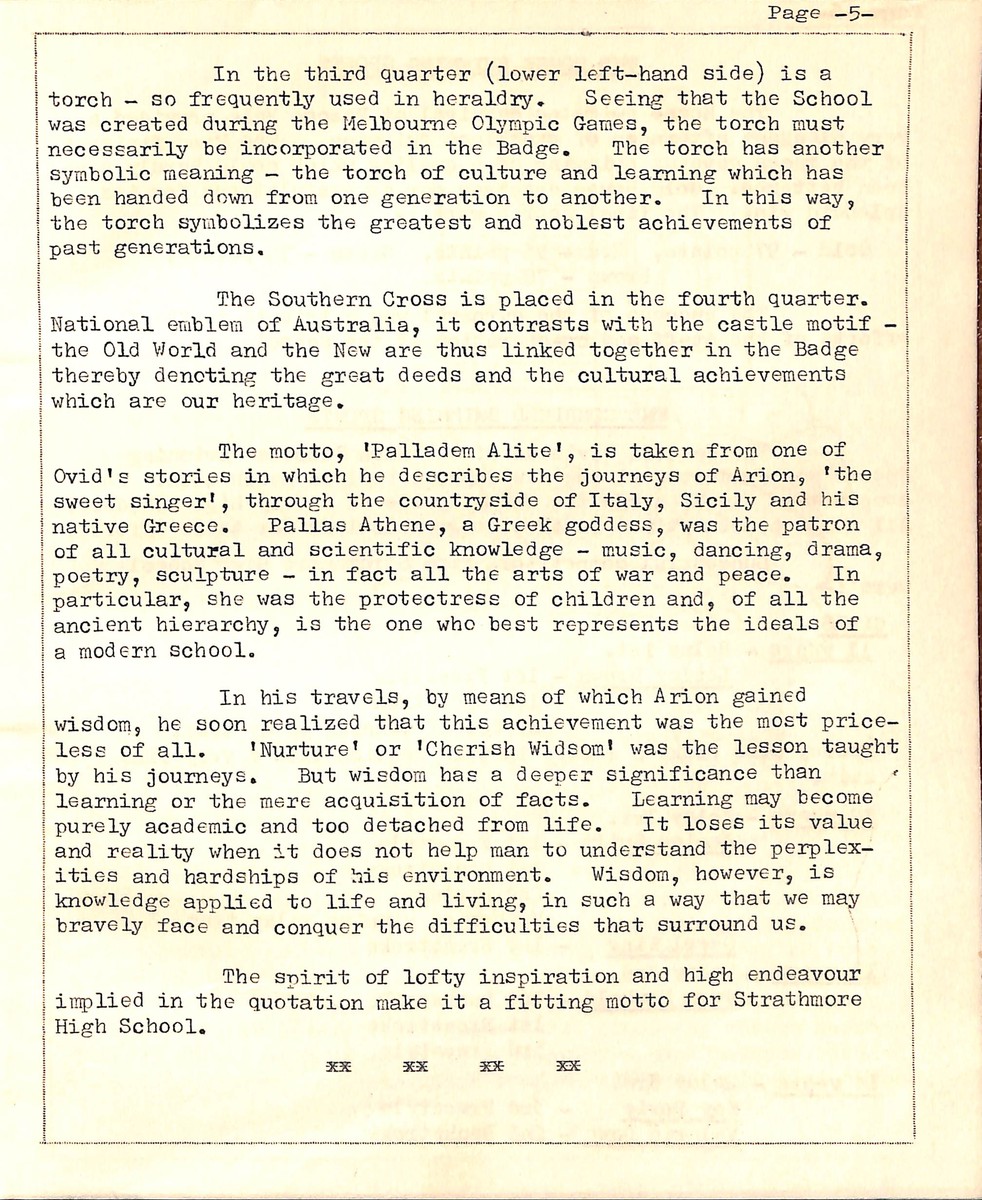 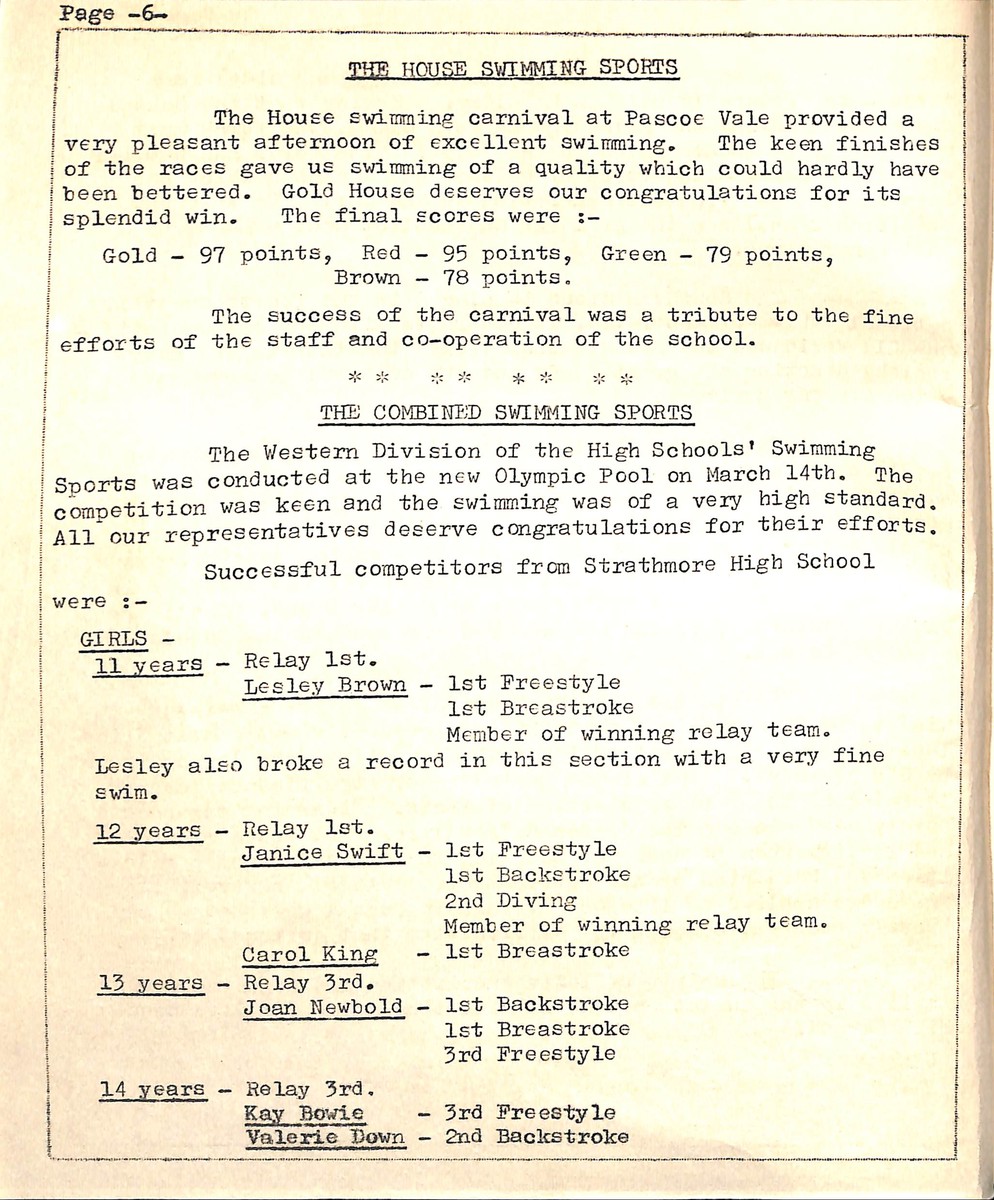 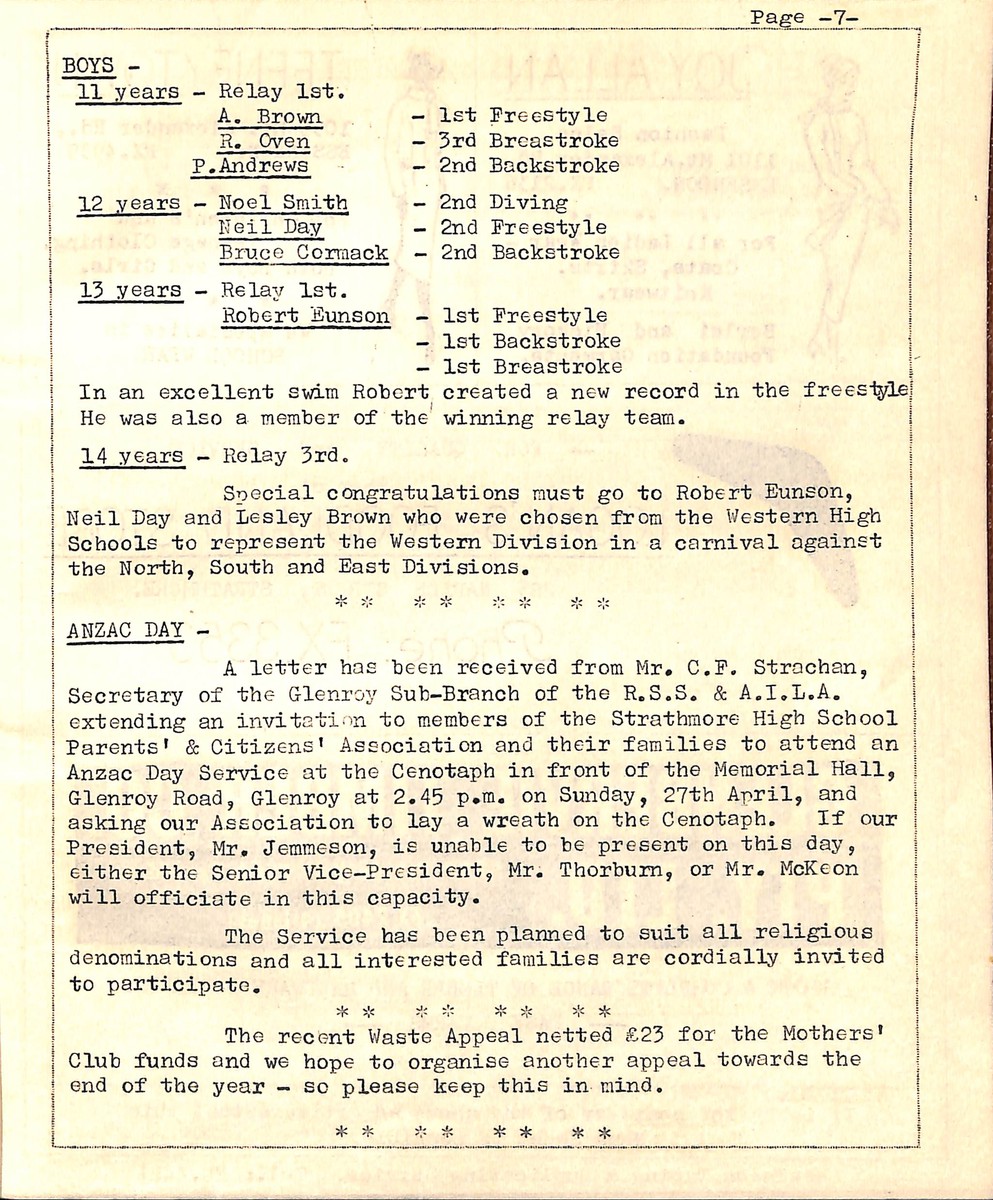 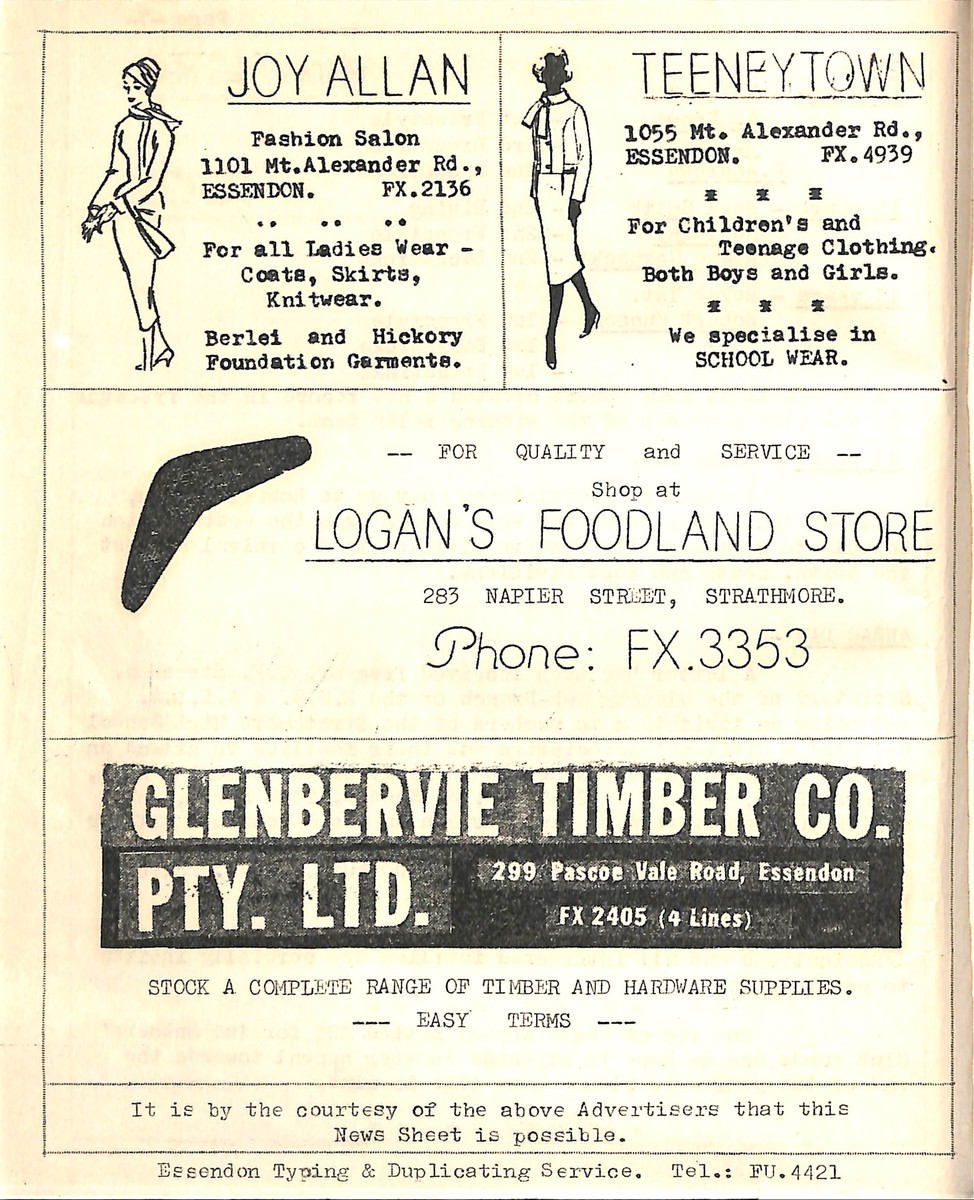 The first Glamis was published in April 1958. It was initially a monthly magazine designed to keep all parents and pupils informed.

‘Tis not only a build, this School of ours,

This structure of tiling and stone,

It patterns and channels the minds and the hearts

Of the children who call it their own.

The year of our nation’s pride,

But weak and struggling and insecure,

With a birthplace refused and denied.

But traditions went deep, and a spirit was strong,

And the weakling each day grew apace,

And hearts that were heavy saw victory at least

When a Council to Wisdom gave grace.

And a School was soon built, and we watched it take shape,

And we look to the day drawing nigh,

When the rooms are complete, and the playing fields laid,

In the new and the great Strathmore High.

Do you know the author of this poem? If so, leave a comment below!